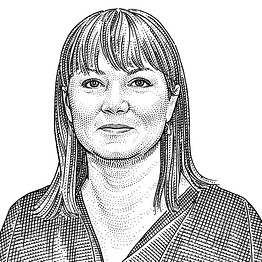 If you’ve never had someone think about—really, really fixate—on the shape of your eyebrows, you’ve likely not spent much time with Oscar-winning Hollywood makeup artist Mindy Hall. She’s self-admittedly “eyebrow” obsessed, recognizing early on that brows are critical to defining a face and creating a memorable character. She’s also rather persistent (and persuasive) when it comes to getting her clients to do what it takes to take care of their skin. It’s this attention to detail that has propelled Mindy to become one of the foremost makeup artists in Hollywood today—and helped her bring home the Oscar for her work as the Department Head for Star Trek. Whether it’s leading a makeup department of 45 or serving as the personal makeup artist for the film’s lead, she brings a fearless, hands-on (quite literally at times) attention to detail to her art. Her career is one that most would kill for—reaching back over 30 years and starting with acceptance into the exclusive makeup apprenticeship program at the San Francisco Opera, working on Broadway and in television, and finally, landing in the film industry in the late 1980s.